A Love Affair With Cars

If I think back to the last five years, it really has been one crazy ride. Never smooth, but always exciting, a learning curve of note, filled with epic memories! I have made many mistakes but achieved more than I thought I would. I have even hated cars at some times… let’s face it, an automobile can be one of the most frustrating things on the planet. Nevertheless, every car has a story, most good, some not so good, but I am fortunate to have become part of each car’s history. Then some cars (or their owners) come along that have the power to impact our lives in very strange and wonderful ways.

The first of that kind on my journey would have to be the very first Classic I imported. Now, at the time I was running daily operations for my father’s logistics company, and building Vintage Car Importers in my spare time as it was still in its infant days. As both involved logistics it worked to a degree (18 hour days at times), but we were expecting our second child so I had to do what I could, whatever it takes right? To make things worse, I spent money on advertising I didn’t have, purely by trusting a close friend in advertising and risking too much at that stage, or so it felt.

A week after the magazine came out, calls started coming in with one in particular from a Dr in Somerset West, who had purchased a 1986 Rolls Royce Corniche DHC (Drop Head Coupe) in the UK. Since we were able to save a substantial amount on Import duties and taxes it was set in stone and I was going to import my first classic. 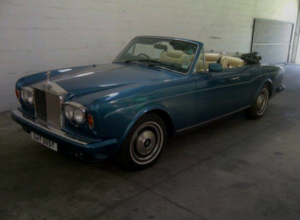 And it couldn’t have been scripted better because the day I collected the car, just happened to be the same day my second child was born, the reason and inspiration that started all of this in the first place. A Father for the second time, this time to a son who can carry on the family name, driving on the freeway top down, turning heads wherever I go (still not sure if it was the car or my happy face) and getting thumbs up from a Silverback in a brand new Range Rover Sport. I knew then this was what I was meant to do, I was exactly where I needed to be and that this was no coincidence. 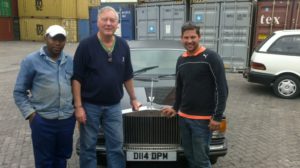 Shortly after, another pivotal moment on this journey presented itself in the form of a very eccentric, very English gentleman, Mr John Stuart Wilson. His love… and knowledge for British classics clearly visible, but quite demanding as clients often are, I thought. What followed was a series of imports of various British classics, but more importantly, a growing friendship where I was learning more about the sentimental value that these types of cars hold in addition to their aesthetic values; a culture and love affair more than just owning a fancy old car. There was also the investment aspect, and that these cars were becoming solid tangible investments; why, how, what and when to buy or sell. 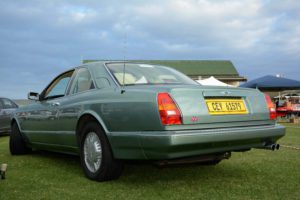 Over a period of 18 months we imported 5 British Classics: a 1992 Bentley Continental R, 1997 Bentley Turbo R, 1987 Rolls Royce Jankel Limousine, 1996 Daimler Double 6 V12, and an Aston Martin DBR1 kit, based on the original car that won the 1959 Le Mans driven by Carroll Shelby and Roy Salvadori. The Le Mans winner was fetching £20,000,000 at the time, in which case a replica would certainly have to do.

Through some innovation and careful planning, we (Mr Wilson and I) strapped the DBR1 Kit to the roof of the Daimler to utilize space in the container (another pivotal moment)… which was nerve-wracking as we were literally working with millimeters, but in the end a sense of accomplishment… and much relief due to the nature of the cargo… and Mr Wilson! 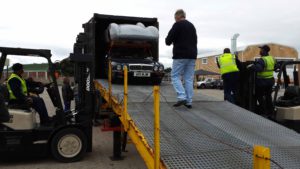 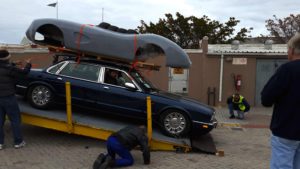 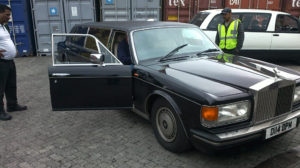 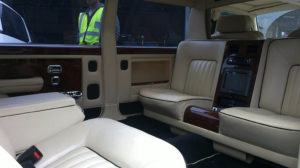 I had made a new friend and gained a mentor, someone to confide in at times, take a beating from at another, or just have fun with and take the piss at car shows. After all he does believe (at the tender age of 70) that classic cars are the ultimate penis extension! The build of the DBR1 really inspired Mr Wilson into another new project, which at his age is remarkable but I believe that is a story for another time. 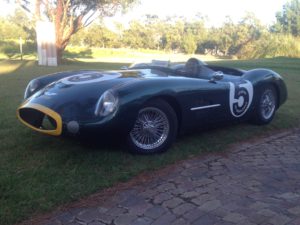 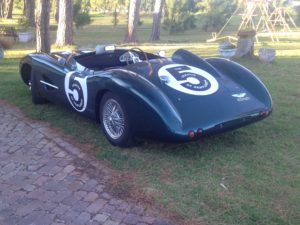 So now we knew that utilizing space inside containers was possible, but did we have the capacity to handle big orders? The answer came in 2015, a referral from my Shipping Agency. They didn’t have the expertise or capacity as exporting cars from SA is loaded with red tape, processes and requirements. The job? A single collection of 40 x classic cars (and 4 x bikes) to be shipped in 30 days (Gone in 60 seconds came to mind). 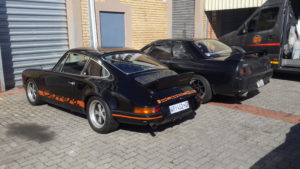 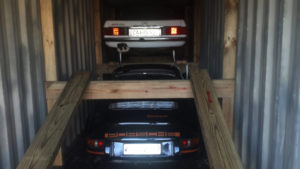 I knew we could ship 3 – 4 cars per container depending on size, but that still meant shipping 3 x containers a week. Now that doesn’t sound like much but when you work with cars like these, with limited space in containers, constructing frames strong enough to hold the weight and planning which cars need to be shipped together to minimize the amount of containers and freight cost, not to mention the sentimental (and physical) value of the cargo, it does get a little tricky. I had a dynamite team (it was small but explosive), thriving on a challenge, anything can be done, so I thought fuck it let’s do this!

And was it an impressive list? To name a few there was a 1916 Crossley (the oldest car we have done to date), a 1926 Renault Bus which was also a first, a 1969 Porsche 911, 1958 Rolls Royce Silver Cloud, 1967 Jaguar E-type, Alfas, Jaguars, Bentleys, Mercs, a TVR Chimaera and even a Chevrolet Silverado 2500 oversized American Pick up which stood out for the wrong reasons, all I could think was what a bitch this was going to be to load in a container. So we had 39 kiff cars and a Silverado. 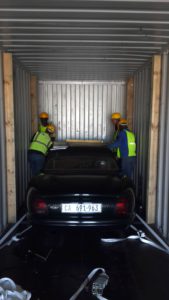 But there was one car in particular that stood out, not only because I have never seen or heard of this car before, but because to me it resembled 2 x iconic classics from the late 50’s to early 60’s at first glance. In the far back of this warehouse full of cars, under a cover she lay sleeping.

When the cover was pulled back, I immediately noticed the front arched fenders, much like the Mercedes 300SL Gullwing. However in addition the bonnet, grill and spoked wire wheels reminded me a bit of the Aston Martin DB5. So I was obviously intrigued and immediately looked for the manufacturers badge … a Jensen? I love the Interceptor from the early 70’s I always have, but a Jensen? Yes, a 1958 Jensen 541R… dusty and in hibernation, but one of the more spectacular cars I have seen to date, and a privilege to see one in such good nick. 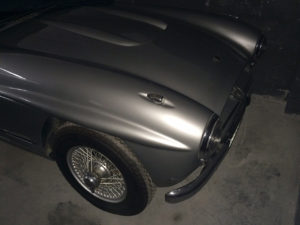 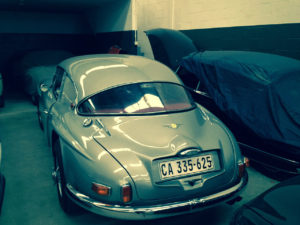 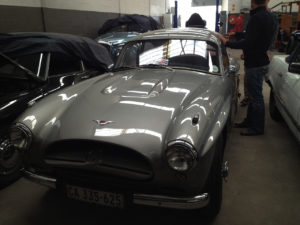 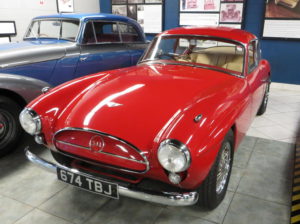 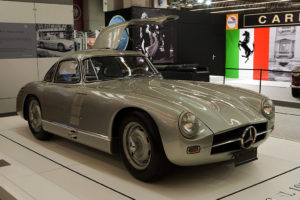 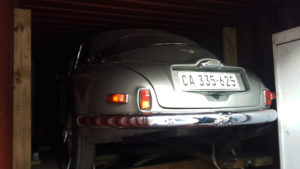 So where did Mercedes get the idea? Kudos though because the combination of the arched fenders, gullwing doors, fender gills and performance engine resulted in the icon it is today. To get back to the Jensen, the time had come to bid her adieu as we closed the container doors but this is why I love what I do; the experiences, the people but mostly the cars. In this case I discovered a new… old car which I had grown to love enough to add to my bucket list of cars. At least Jensen will always have the Interceptor and the arched fenders? If this is just the beginning of my journey with cars, who knows where the road will still take me…